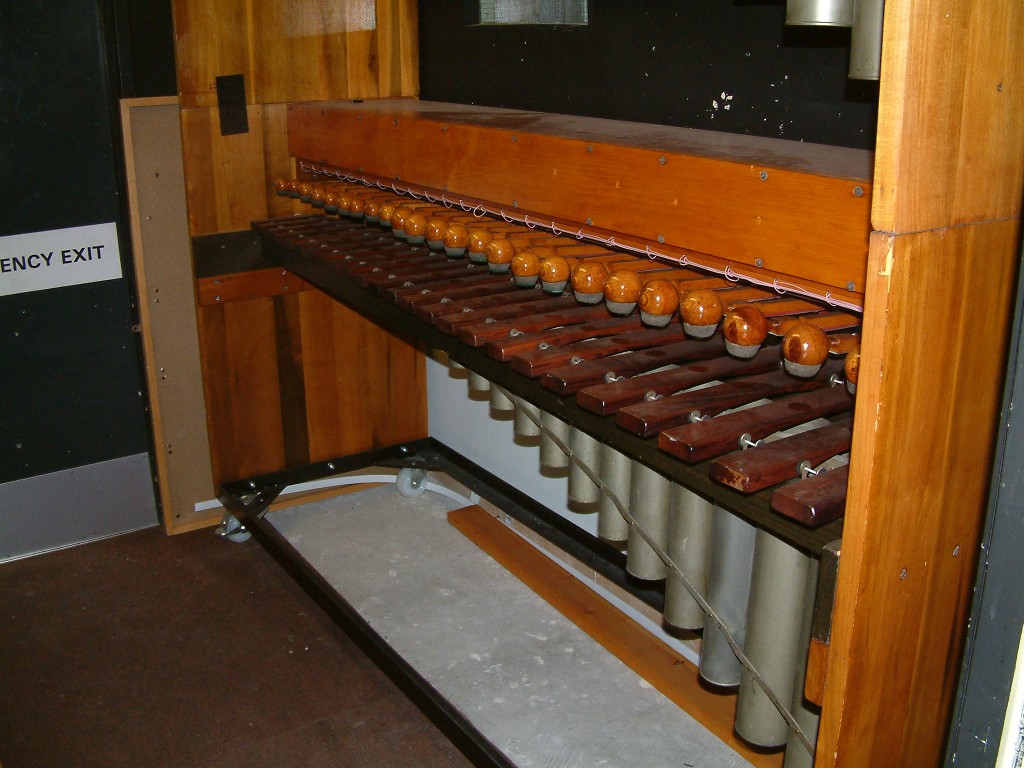 Of both large and small scale, these are found mainly in large theatre organs. They consist of graded wooden bars, somewhat larger and “fatter” in tone than those of the ordinary xylophone, each bar having a resonating metal tube underneath. The felted mallets give a less percussive tone than a Xylophone. They are particularly useful in softer accompanimental registrations, used for example to accentuate the underlying rhythm in a ballad.